Enjoy your ride in a classic vehicle straight from the times of the People’s Republic of Poland (PRL). We have a wide selection of vintage cars with soul. They serve us bravely during our tours, but they can also be a perfect accessory to an event, a stag/hen party or a wedding reception.

IMPORTANT: The prices are netto prices  are valid only in Warsaw. Price include driver. 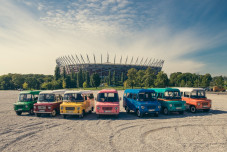 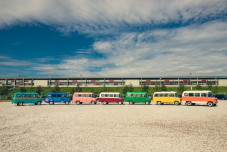 This van is a symbol of the bygone era. Originally used by the militia and fire fighters, nowadays it serves our tourists. Designed in 1958, it was produced almost without any changes until 1994. Our cult Nysa vans (affectionately referred to as “Nyska”) retained their original interior and seating arrangement, which always has a good influence on the integration of passengers. We are able to organize up to 10 Nysa vans.

Each one of them can carry up to 7 passengers plus the driver.

Sliding roof, two liquor cabinets, refrigerator and really strong speakers – equipment which guarantees fun even during the most crazy evenings. Dimmed windows and comfortable sofas provide you with a unforgettable atmosphere…

Nysa Van can carry up to 6-7 passengers plus the driver. 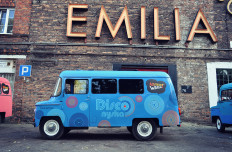 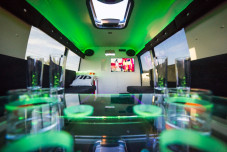 Chausson or the red bus 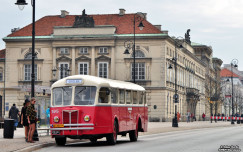 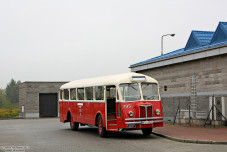 It’s a real legend of Warsaw streets! In 1947 these buses appeared in the capital under reconstruction. Thanks to them it was possible to recreate and develop public transport. Chaussons were retired in the 1960.

According to many it’s the most beautiful mass-produced Polish bus. In contrast to the “cucumber” its appearance is light and more sophisticated. San H-100 were the kings of the streets in cities, towns and villages in the 1960s and 1970s. We have a blue one – long distance version. 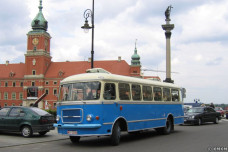 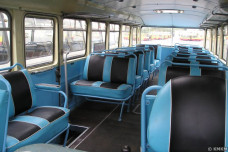 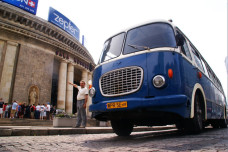 An ideal solution for larger groups. Feel the comfort of travelling by the good old Jelcz bus. Produced on the basis of the Czechoslovak Škoda RTO from 1959 to 1986. We have the possibility to rent out even up to five historical buses (due to their shape affectionately referred to as “Cucumber”), so no group can be too big for us!

We have another interesting offer for fans of „cucumbers”. This time we offer you a VIP version – it’s equipped with comfortable tourist seats for passengers and a sound system, which allows you to hear the music and the voices of our guides. Available only in high season (April-October). 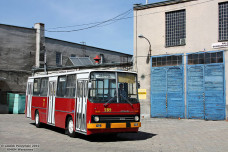 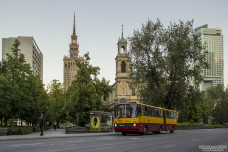 It’s the easiest way to call this buses which were common sight on Warsaw’s roads for nearly 35 years. Ikarus buses appeared in 1981, a few days before the introduction of martial law. At the end of 2013 the era of “Ikars” finished as they were replaced by a new generation fleet.

Are you interested in other retro vehicles? Great!
Feel free to contact us by email to find out what else we have. 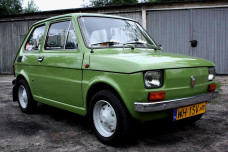 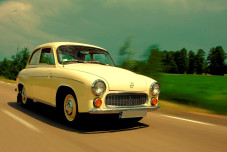 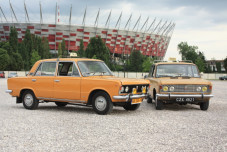 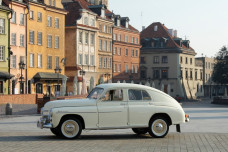 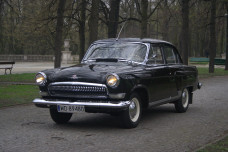 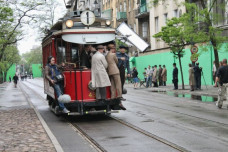